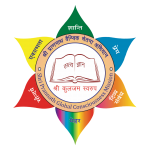 Bundela dynesty begins with Raja Pancham, son of Kashi's Gaharvaar Raja VeerBhadra.  Pancham was a staunch devotee of Vindhyvasini devi. He first identified himself with title 'Vindhyela' to honor his faith. 'Vindhyela' later evolved to 'Bundela.'

Raja Veer, son of Pancham defeats Sattarkhan at Mahauni Jagammanpur, then conquers Kalpi and Kalinjer. Coroneted in Mahauni Jagammanpur, which remained as capital for 180 years.  Raja Veer is regarded as the father of Independent Bundelkhand. In his memory, anyone who shows valor to protect the Bundelkhand, earns the title of 'Veer' as an honor.

Maharaja Veer Sinh Dev (Jahangir period).  He had good relationship with Jahangir, and friendship with Champatrai

Champatrai supported him. Shahjahan killed him and his son Vikramajit, and ordered their cut heads be sent to Delhi.  But Champatrai fought with Mughals, retrieved their heads and handed over to their family.  Both the widows submitted themselves to the prevalent Sati system and ended their lives.

Maharaja Pruthvisinh seated on Orchha Gadi with Champatrai's support.  But Mughals deceived him and was imprisoned.

Continued to fight with Shahjahan to protect Bundelkhand. Relinquished Gadi to Mughal-aligned very ambitious Pahadsinh thinking of better future for the Bundela clan.

Maharaja Sujansinh, Pahadsinh's adopted son seated on Orchha Gadi. He repented for the acts of his elders and had sympathy for Champatrai's children.

Maharaja Indramani, younger brother of Sujansinh seated on Orchha Gadi. He was anti-Champatrai, but later, upon seeing the power of Chhatrasal, he asked for forgiveness.

Maharaja Jasvantsinh, ascetic minded but remained in favor of Mughals.

Maharaja Bhagvantsinh, kept good feelings for Chhatrasal.  However, opposed when Mahamati Prannathji coroneted Chhatrasalji as Maharaja.  He had passed away when Maharaja Chhatrasal went there for Digvijay Yatra (as per Bitak 60/168).

Orchha remained as separate state, ruled by about twelve different Maharajas, until India's freedom from British rule in 1947. Chhatrasal is one of the major initiatives of SPGCM (a.k.a. Shri Prannath Veishvik Chetna Abhiyaan) to share all aspects of Maharaja Chhatrasal’s life, his legacy, contributions, and implications of his total character. Its aim is to broaden the community’s awareness from sectarian and historical Prannath to universal or cosmic Prannath.

Your active participation will only help us realize Beloved Prannath’s dream of “Sukh Shital Karun Sansaar” which means “Peace and Joy For All.”